Is the Best Ketchup

For a limited time you can get the best gournmet Ketchup from one of the most awarded restaurants in the U.S. delivered to your door

In 2012 award winning Chef George Patti was looking for something to set his casual restaurant M.E.A.T. Eatery And Taproom apart from the competition.

He was smoking meats and wings on site using homemade brines, marinades and rubs. The restaurant was showcasing craft beer, sommelier selected wines, micobrewed sodas without high fructose corn syrup and crafted milkshakes & floats. He created the sauces for his items in-house and was even duck-fat frying his French Fries to put his restaurant a cut above. Something was still missing.

A trip out to dinner with friends one night gave him the realization that no one was creating exciting condiments to accompany their foods. He went back into his kitchen the next day and came out with his new creation, a Mango Chipotle Tomato Ketchup to compliment his special fries. His creation, an amazing blend that added a touch of sweet, a touch of heat and a hint of smoke to the tomato sauce. Once introducing it, customers raved and after M.E.A.T. Eatery and Chef George were featured on The Food Networks hit show Diners, DriveIns And Dives many people started asking how they could get some for home. After visiting several production plants M.E.A.T. Eatery began selling the special ketchup in mason jars to their guests in the restaurants and quickly sold out. Another batch was produced and sold on Amazon but Chef wanted to offer it to his customers and be able to communicate with them directly. So on this next production we'll be selling directly to our customers. Production is limited, so please get yours today. 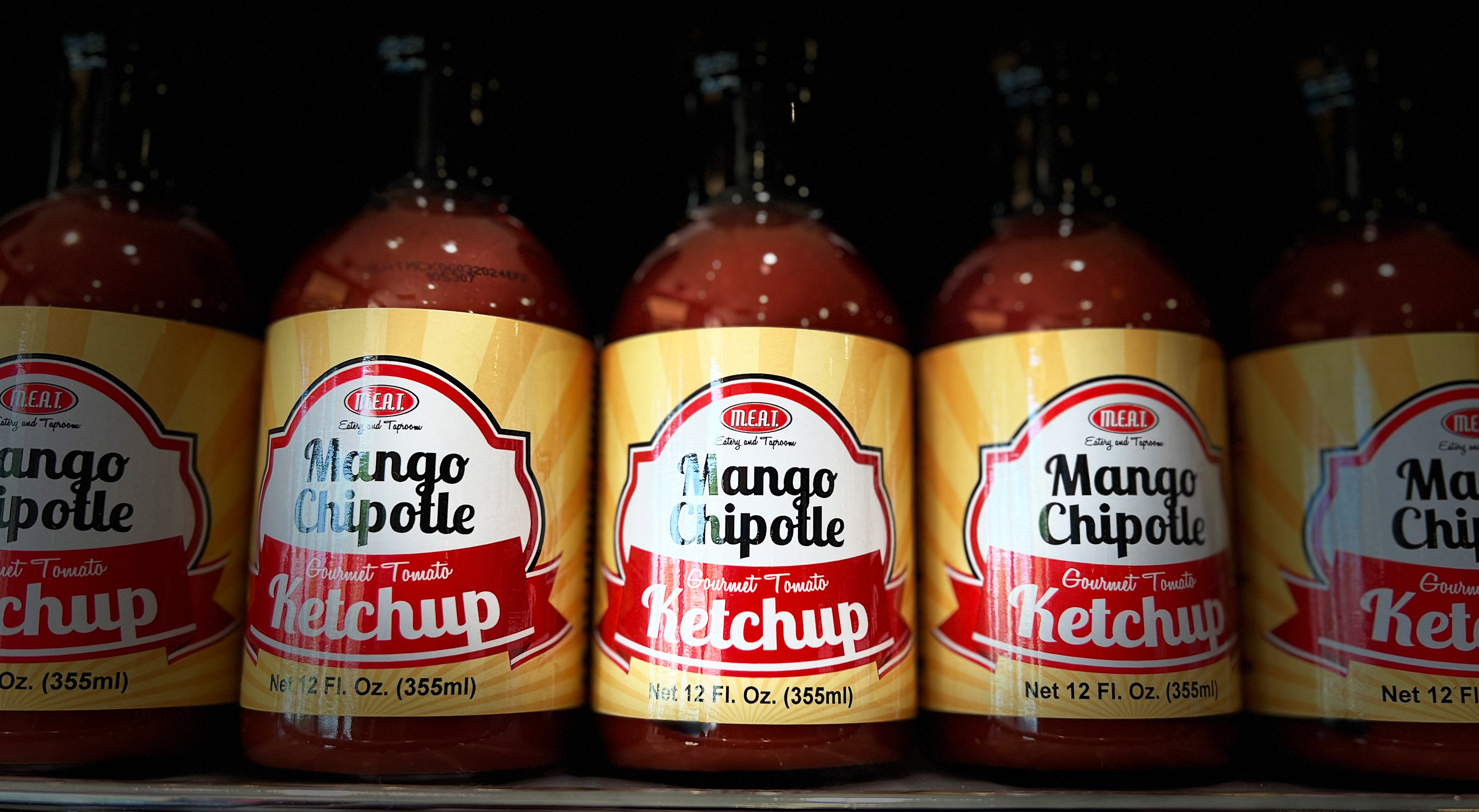 Our Mango Chipotle Gourmet Tomato Ketchup is SOLD OUT on Amazon and only available for a limited time with a maximum of 6 bottles per order due to our production lead time and volume.

* Food Service businesses - please contact us at admin@meateatery.com if you wish to purchase our kertchup in bulk for your establishments or catering events to be put on our list. 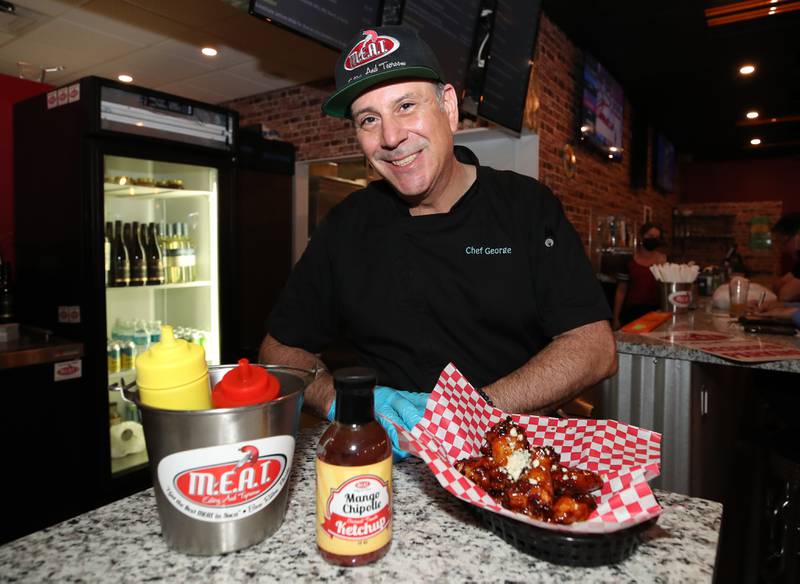 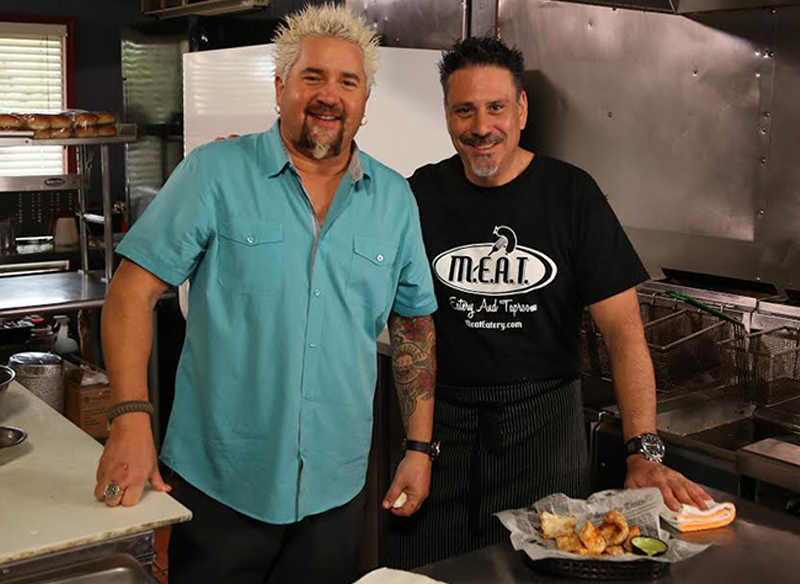 Here's what our customers said...

Ray C. Houston, TX - "Sounds crazy, but they make their own horseradish mustard and unique ketchup here and its the best mustard and ketchup you will ever try."

Lauren D. Orlando, FL - "you have to appreciate a place that takes the time to smoke their own bacon in house, and make their own ketchup and mustard. The ketchup is a mango chipotle ketchup which is the perfect balance of sweet and spicy. The mustard is a beer and caraway seed mix. INCREDIBLE."

Christie V. Fresno, CA -"They have house made ketchup and mustard that is SO good." 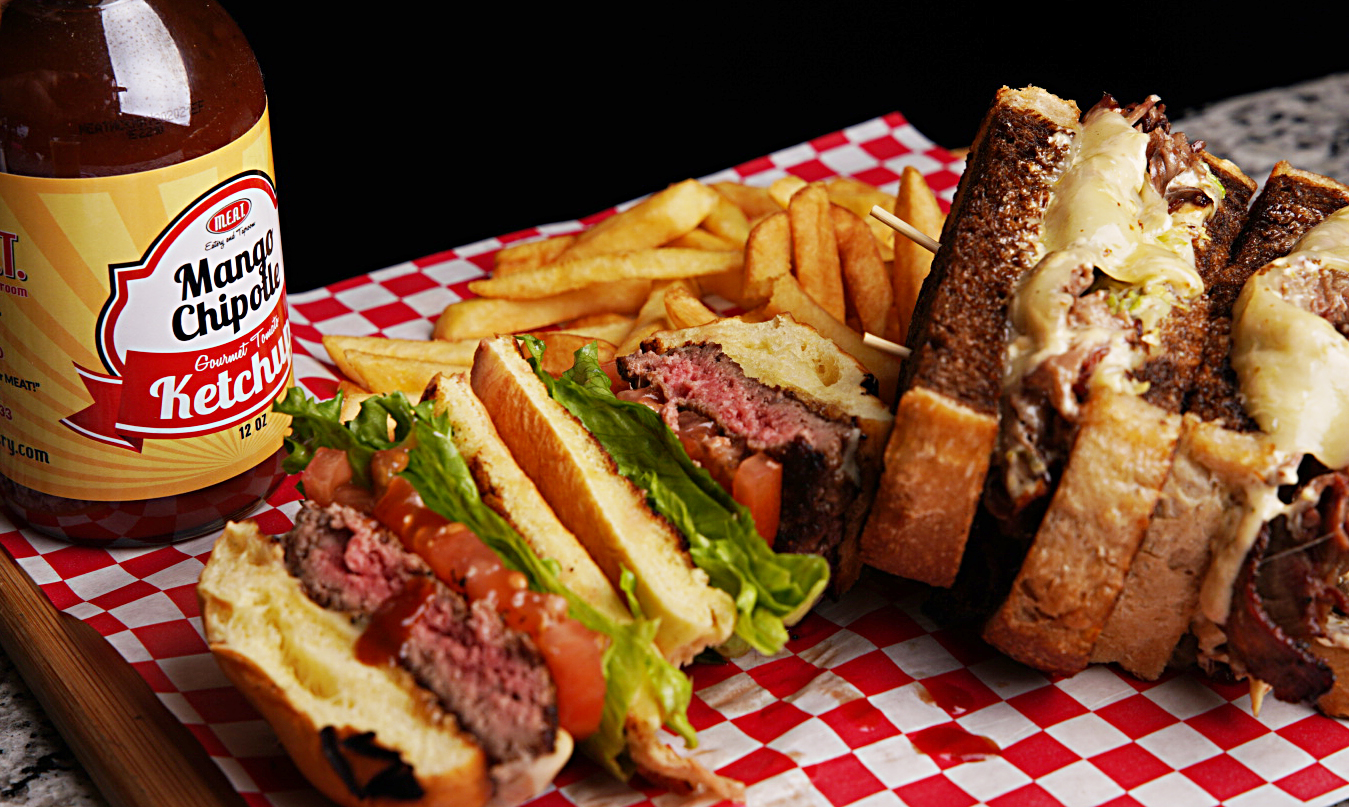 If you do not believe our Mango Chipotle Gourmet Ketchup is the best Ketchup you have ever had, return it and we'll refund your purchase.